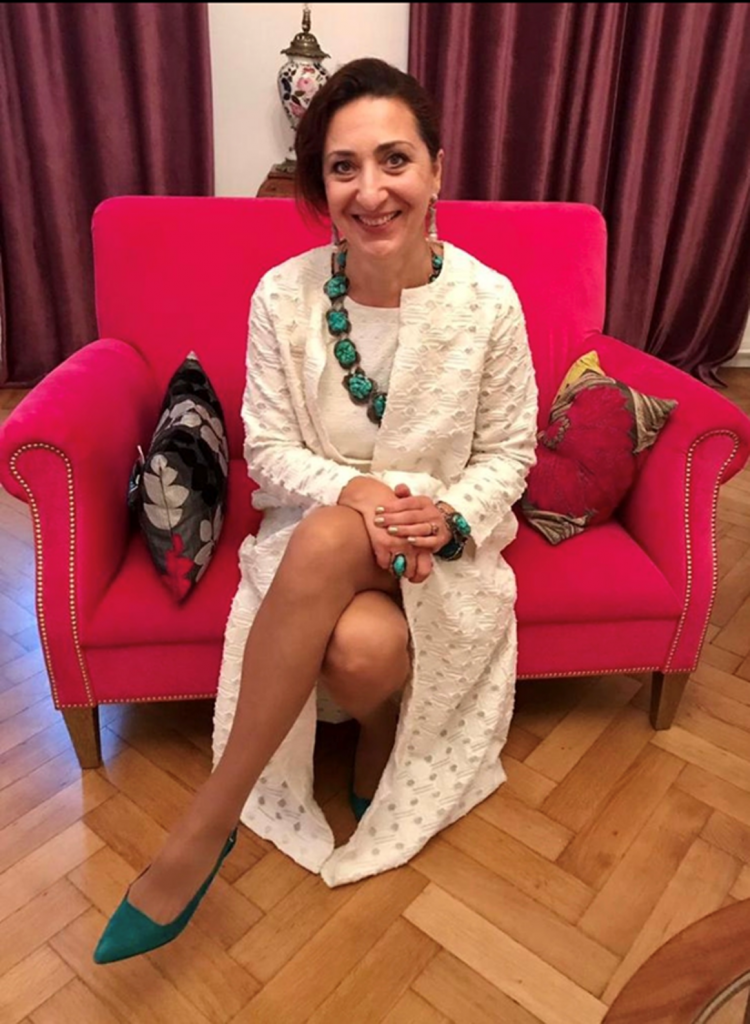 Aina is an educator, philanthropist, successful businesses woman and mother. She started her career by establishing the first Russian school in Dubai in 1995. 4 years later, Aina moved to the U.K. with her two young children. She wanted to continue providing her children with bilingual education and thus set up Znaniye Russian School. Now a successful chain of Russian Schools in Europe, Znaniye Russian School has 4 branches across London, a Russian school in Germany and a new supplementary Azerbaijani school in Chelsea, London. Znaniye is also an Edexcel accredited exam center which sees over 100 children pass with A *’s each year. Znaniye Russian School also plays a large role in global research into Bilingualism and has published books, curricula and training programs in the field.

Alongside her commitment to providing Russian Education, Aina also established a charity, Znaniye Foundation, formerly the Russian Circle, in 2003 which has now supported thousands of children and families. The foundation delivers services, a wide range of projects and educational programs to children, youth and families in the various boroughs of London. During the summer of 2020, during the Covid-19 Pandemic, the charity set up a free online school which served over 2300 children during the month of August. The online school continues to provide ongoing support to children from BAME communities and disadvantaged backgrounds.

Aina was also the former chair of the Russian Community Council where she volunteered for over 7 years. Aina continues to play a leading role in advising on Russian education abroad and working with key players in the world of education.